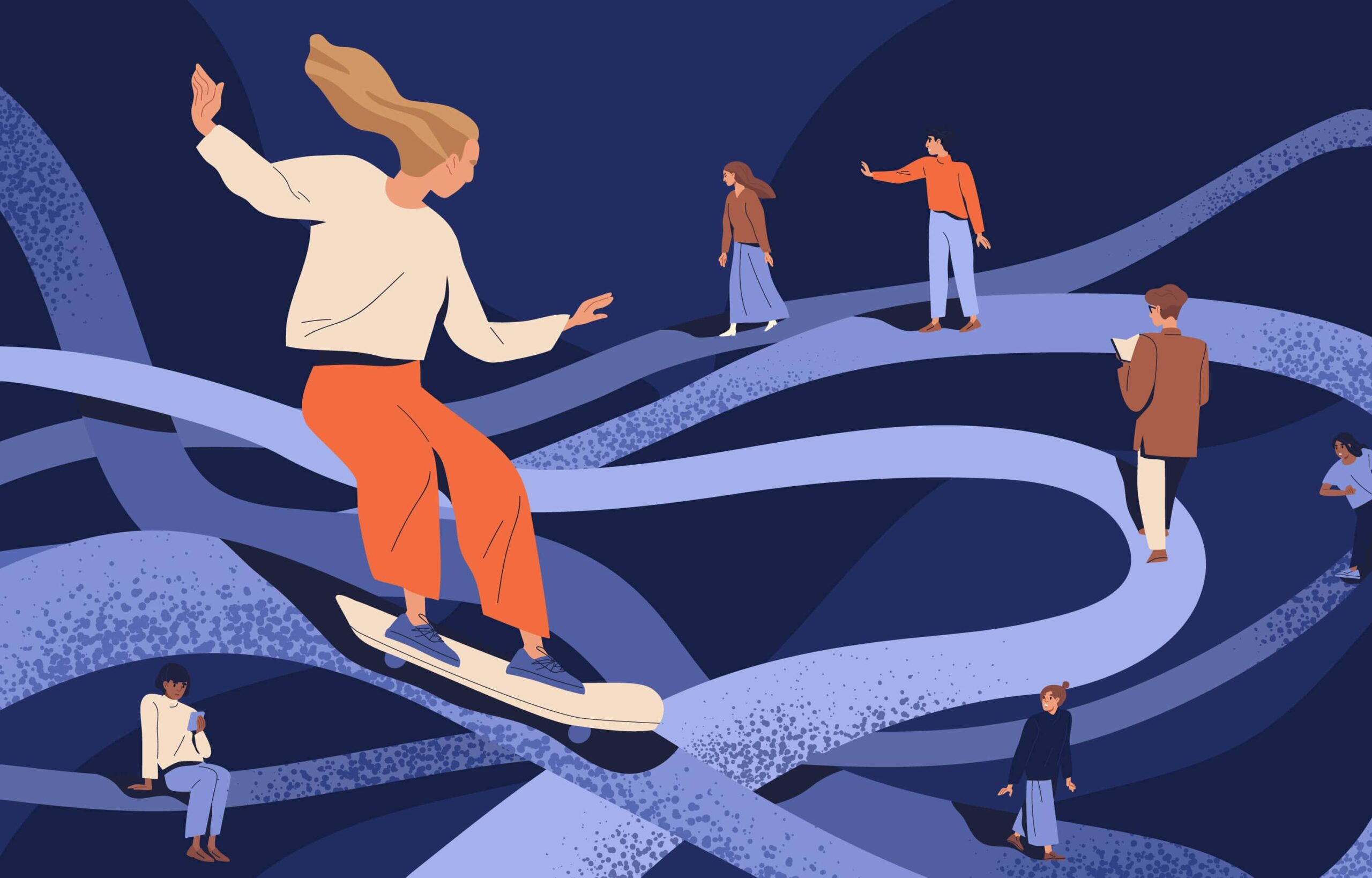 The phrase living in integrity conjures up two wonderful images in my mind: on the one hand, I picture a compact central point, a steadfast core; and on the other, it is an all-encompassing embrace of the whole. That’s kind of what living in integrity feels like: knowing who you are at your core and navigating from a trusted internal compass, while also embracing all parts of the experience of self and of life. It’s being both the centre and the whole at the same time.

In this episode of the Uncover YOU podcast, I pick up where we left off in the last episode. If Integrity is the goal of the self mastery journey – what exactly is integrity and what does aligning with it look like?

Before we dive into the episode, here’s the link to the Workshop: 4 keys to loving yourself that I mention in the episode. You get this $89 workshop for $37 if you join before August 8!

A summary of what we talk about in this episode:

Integrity is living in alignment with all parts of your being: your soul, your heart, your body, your mind, your higher self, and your shadow self. It encompasses living in truth, welcoming the shadow, unblocking energy channels, navigating from a strong internal compass, and continually unlocking new growth. It is an energetic alignment and what it looks and feels like will be totally unique to you.

Let’s take a closer look at the elements that make up integrity.

Living in your truth

Living in truth means me living in my truth and you living in your truth. The “truth” is our core self; who we are underneath all the beliefs that get in the way.

But your truth, your callings, your heart’s desires, your body’s wantings – these can be very different from the belief system’s rules. So living in truth means uncovering what the “truth” is for you and then honouring it by listening to it and acting upon it.

Aligning with all parts of your being means allowing the different parts of you that have been buried to be uncovered.

One way of describing it is that you’re meeting your shadow self. The shadow self is made up of the wounded parts that haven’t been acknowledged, haven’t been felt, haven’t been allowed. They’re the parts that the mind has labeled as unwanted or wrong because they don’t comply with the image of perfection that your ego mind has about who you should be, so they’ve been held back and pushed down.

By uncovering these parts of you and welcoming them, by being honest about what’s there instead of shoving it down, by saying “Yes, this is alive inside of me”, we can bring the shadow self into the light – no more rejecting, denying, or disowning. That is the alchemical process that will allow you to become aligned with all parts of yourself; and that’s when real change starts happening inside of you.

Integrity is an energetic alignment, not an idea or a form. Anything that is alive within us – including the repressed shadow self – uses up energy and requires an investment of our personal power in order to keep the belief alive. As we start coming into alignment by shedding old beliefs and releasing old emotions, the energy that was invested into those beliefs and emotions gets released and suddenly becomes available to you.

Integrity arises when you become a clear channel for lifeforce to move through you. When the shadow self is repressed, we tend to expend a lot of energy downward to the lower parts of the torso and body where these darker parts have been exiled to, and the energy gets clogged down there.

Similarly, if you’re used to looking for answers externally and seeking to escape outward into consciousness or anything else, then you’re leaking energy out from the top of your head and depleting your resources.

Cultivating your unique expression through sensing and feeling

Your version of integrity won’t look like anyone else’s, because you’re living in your unique truth. The mind will want to have a formula to follow so it can plan its way to integrity, but this journey doesn’t come with a map – rather, it’s navigated from an energetic felt sense. When the mind starts looking for a formula to cling to, that’s a sign that we need to drop into our bodies and live more from sensing and feeling our way there rather than thinking our way there.

Navigating from an internal compass

Integrity feels like a compass. When we’re aligned with integrity, we’re guided by our internal callings and wantings. The compass comes from knowing what you want, listening for the signals from your body and your heart, and trusting those wantings to lead you forward.

Stepping into integrity is a process that gets repeated again and again with each new layer that you uncover. Because the more you step into alignment, the more aligned you become. When you’ve taken apart the old rundown house of beliefs and moved into your new house, the new house will be perfect for the first year. And then you’ll realize that you’d actually really like to have bigger windows, and then a garden, and then an extra garage. So your integrity will continue expanding as you yourself expand into it.

Doors to unlock on the journey to integrity

A few important doors to unlock on the journey of becoming more and more aligned with integrity are:

The element of self-love is particularly crucial and I’ll be diving much deeper into this topic next week to explain why it’s so important and to describe not just what self-love looks like but what it really feels like.

To sum it up

Living in integrity isn’t as simple as waking up and saying: “Okay, today I’m going to step into integrity!” – rather, it’s a journey that we move through that unifies the different elements of our full existence. It’s an alchemical process of uncovering, releasing, connecting, and expanding.

Join the Workshop: 4 keys to Loving Yourself

Identify the unconscious blocks in the way so you can connect with a love for yourself that will grow your happiness big time. 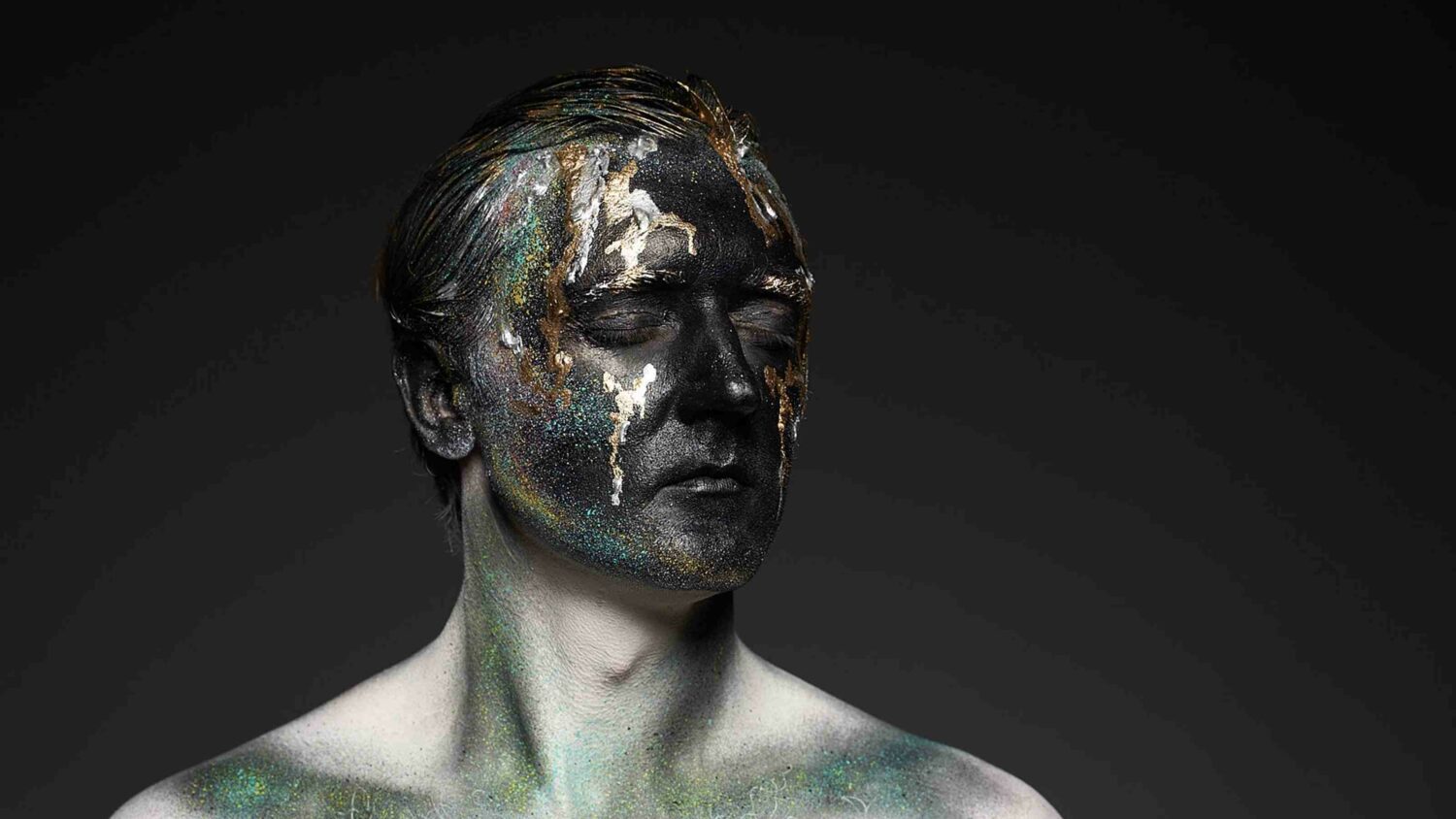 Detaching from the mind’s idea of what you’re feeling

We’ve all heard our mind say things like “I feel like shit” or “I’m completely overwhelmed”. What often happens next is that we react to this statement like it’s true and a terrible thing that either needs to be fixed asap or something to feel hopeless and defeated about. 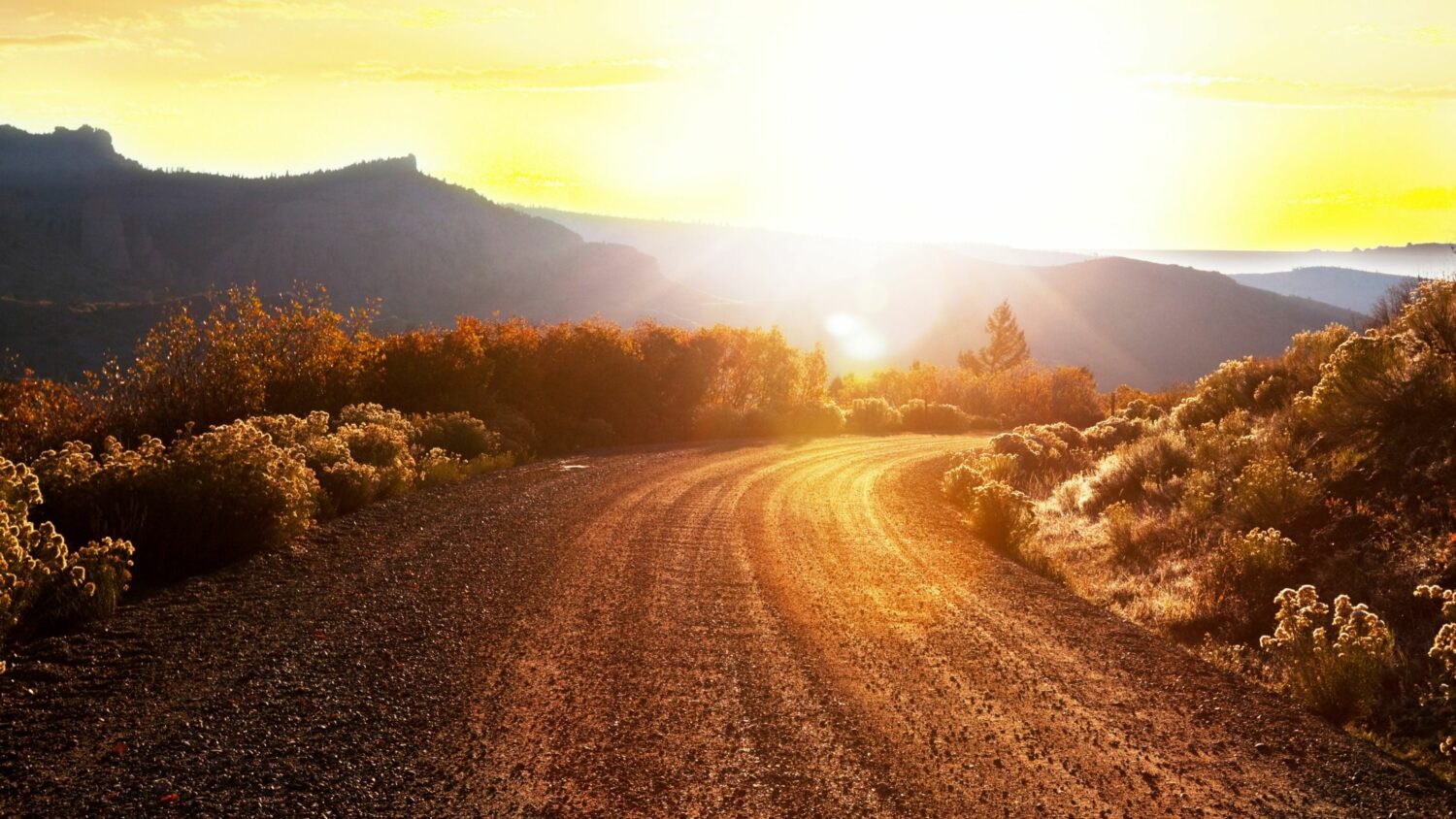 Audrey’s Self Mastery journey: From anxiety and depression to love

One of the more persistent assumptions of the mind is that to be truly happy and joyful, all other patterns have to go. This assumption is...false. 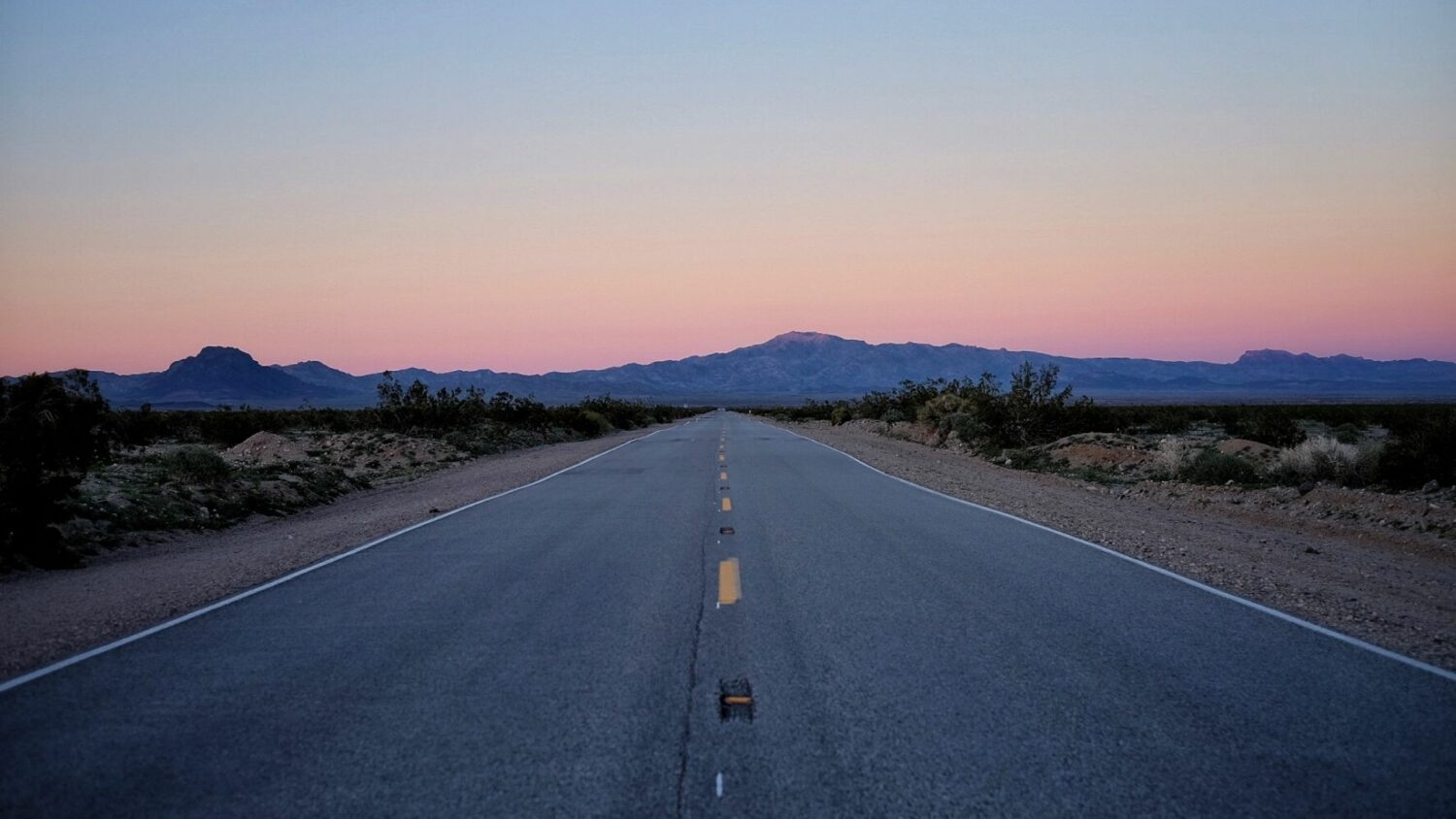 Self Mastery: The steps of uncovering you