Reading:
How boundaries with others start with taking care of you
Share this: 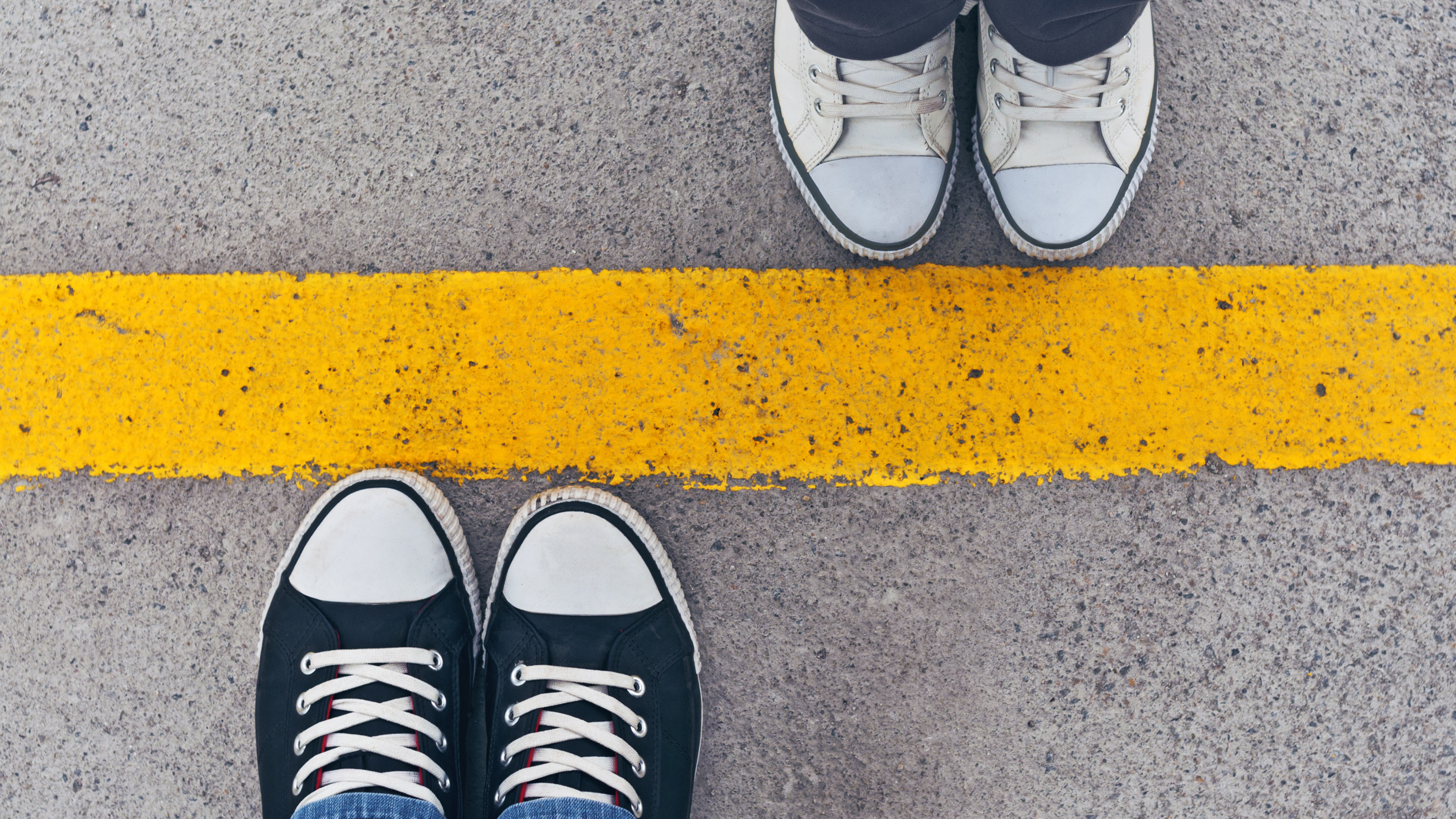 How boundaries with others start with taking care of you

Let’s look under the hood of a question I get quite often: “How do I learn to set boundaries with other people.” There’s no problem with the question itself, but often it’s asked from the perspective that we need some new skills to deal with an external situation.

In this episode of the Uncover YOU podcast, I invite you to go deeper and look at structures that might be hiding in your unconscious. Let’s marvel together at how our external world and relationships often seem to match our inside world of beliefs.

Here’s the summary of what I cover in the episode:

There are common situations that often have you question your skills in setting boundaries and wonder why it seems almost impossible.

When you’re experiencing situations like this, it’s likely that you:

This is a bit of a pickle because torn between blaming something outside and judging ourselves inward we often get stuck. Nothing seems like a good solution from there.

Instead, I invite you to look at how the different parts of your mind are treating each other. This is what many would call “How you’re treating yourself” but I find it helpful to be more accurate and call it for what it is: unconscious aspects of yourself relating to other aspects of yourself, while you’re in their perspective. They have taken over the wheel and you’re looking at the world through their lens.

When you start mapping what the different parts of you are doing and learn about their world and what they believe (as you’re learning to do in the Self Mastery courses), you will likely find parts with different agendas. More specifically within two categories:

Number one is often more obvious and is more discussed, while number two might give you some surprises and new realizations, so let’s look at them more closely.

1: Parts that don’t feel they deserve to be loved

These are the hurt inner parts that hold beliefs of being unworthy or bad. They often feel they don’t deserve to have a voice. They are what are often referred to as our wounded children, or exiles in Internal Family Systems, and they often carry a lot of pain that then gets covered up by other parts to protect you from the uncomfortableness of feeling that pain.

2: Parts that are getting something OUT OF keeping the current structure there

In a (to our minds) often surprising way, most of the parts are getting something out of keeping the system that’s been created in place. Even the hurt parts. Imagine that this is their whole world and they exist within it. Changing it would feel like their whole world is dying, and that their purpose would be taken from them. But there are more specific structures and parts that you can keep an eye open for:

An inventory of Cinderella’s lack of boundaries 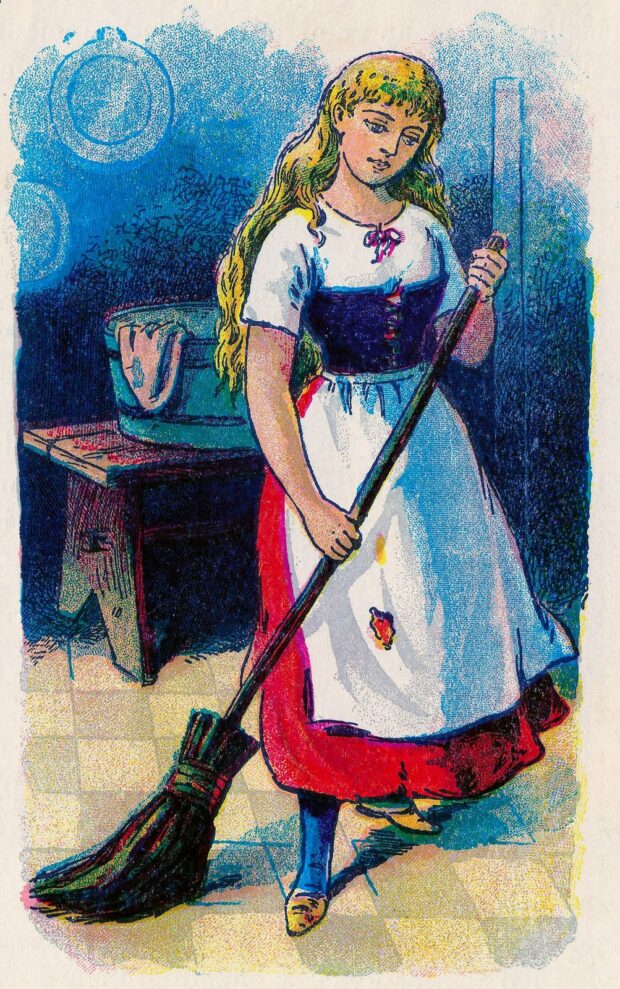 As an example, let’s look at the fairy tale of Cinderella. She lives with her evil stepmother and stepsisters that are treating her like their worker. Cinderella doesn’t put up a fight with them but succumbs to her chores and finds some kind of pleasure in them, in singing, and in the connection with the animals around the house. She dreams of a different life though, that ball at the castle, for example.

There are many different versions of this folk tale, but let’s imagine for the sake of this example that Cinderella was a little older by now and had grown somewhat bitter about her situation. She is secretly blaming her stepfamily for the life she has. When the opportunity to go to the ball presents itself she also has a part that rejects or doesn’t fully believe in this princess version of herself. The princess image crumbles by midnight and she runs away from the prince and the castle while her gown turns back into her old rags.

As far as I know, Cinderella didn’t make an inventory of her unconscious parts, but let’s take a wild guess at what could have been going on in the dark of her basement. If the Cinderella version I describe above would make an inventory, she might find something along the lines of:

A: A part of herself that doesn’t feel loved.

B: A part of herself that rejects the hurt part’s feelings, and overrides them with managing and giving reasons to WHY she is in this situation and how she might even deserve it.

C: A part that compensates by working hard and succeeding at work and is not ready to let that reward go because it doesn’t know any other way of feeling worthy.

D: A part that enjoys judging and blaming the other person, because the anger and injustice don’t have many other outlets. (Pointing the finger at others also directs the attention away from this part…)

E: A part that hopes for something better, but mainly becomes a cog in the wheel of keeping the structure intact. The longing brings more feeling of pain and more compensating strategies on top. The longing loops Cinderella back to the beginning of her unconscious chain reaction, as long as no action is taken or old beliefs are shifted.

None of these parts truly believes that anything else is possible so when what she’s been dreaming of is presented to her, she pushes it away.

So if you really want to change your way of relating to others and grow your skills in setting boundaries, you start with changing the relationships inside of yourself. Once you have changed internally, what seemed like a struggle in relation to others will go much easier.

The steps of changing internal structures:

You see, the reason you were allowing others to treat you crappy, was because your inner parts were treating each other crappy. Can you see how the external was a big reflection of what was going on inside of you?

When you start to connect with this natural self-love that resides inside of you and is just waiting to be discovered, a quite magical (and also very logical) thing will happen:

Your investment in the old pattern is gone and making other decisions will feel possible. It can show up as a lack of interest in the past drama of a relationship and you’ll let go of the relationship. Or suddenly it makes total sense and is easy to say no because you feel your own stress level and don’t want to add more to your plate, because you care about yourself.

You start recognizing that a no to others can be a yes to yourself and that the person to take the best care of you is YOU. Simply because there are no unconscious structures in the way of feeling that love and care for yourself anymore. They were all lies to begin with. 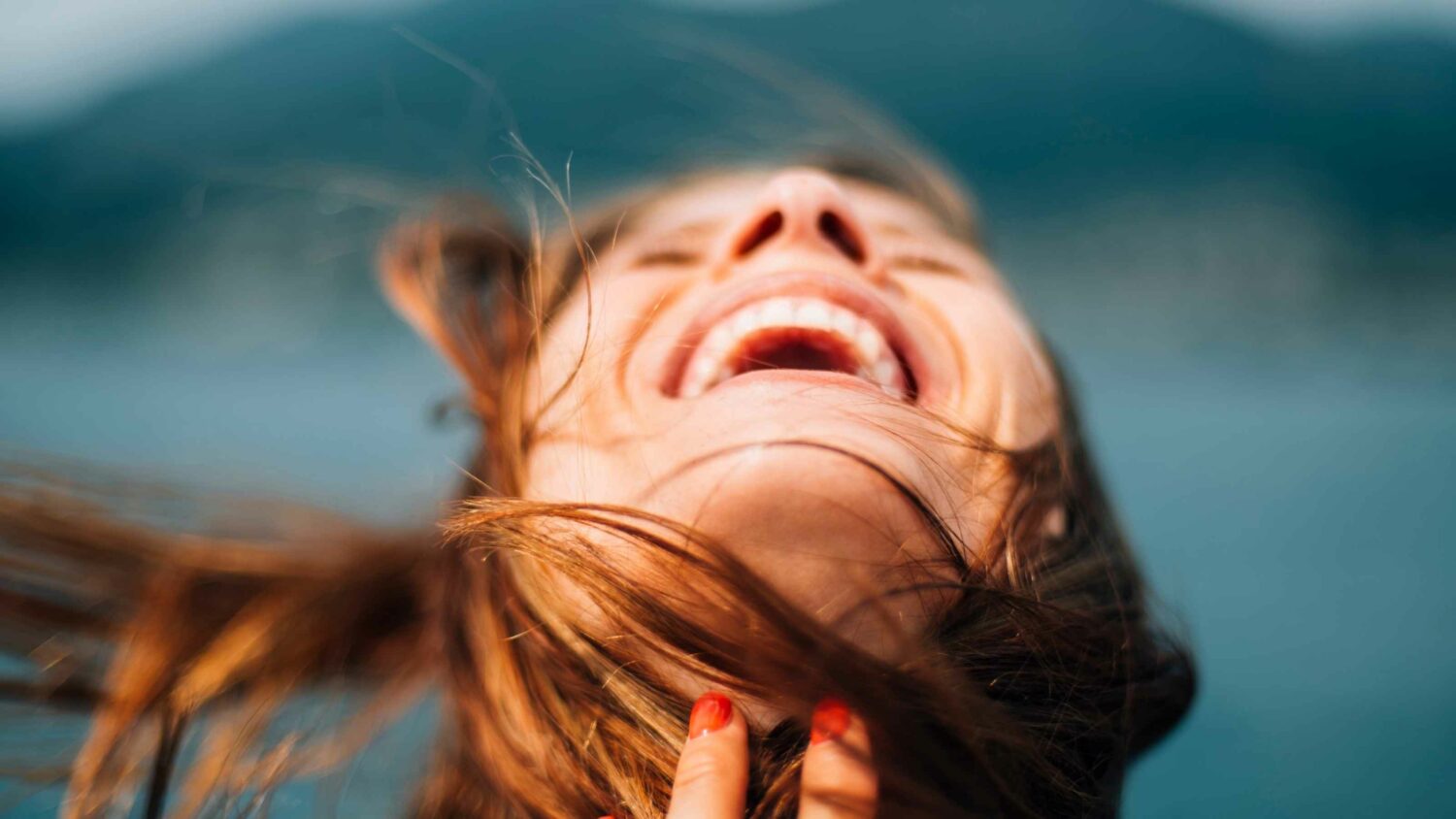 Embracing sexuality for pleasure and aliveness

When you cut yourself off from your sexuality, or use it in a wounded way that lacks integrity, you have lost a potent source of life force. You most likely feel drained of energy and aliveness. Healing and embracing your sexuality in a new way might very well be the piece you’ve been missing. 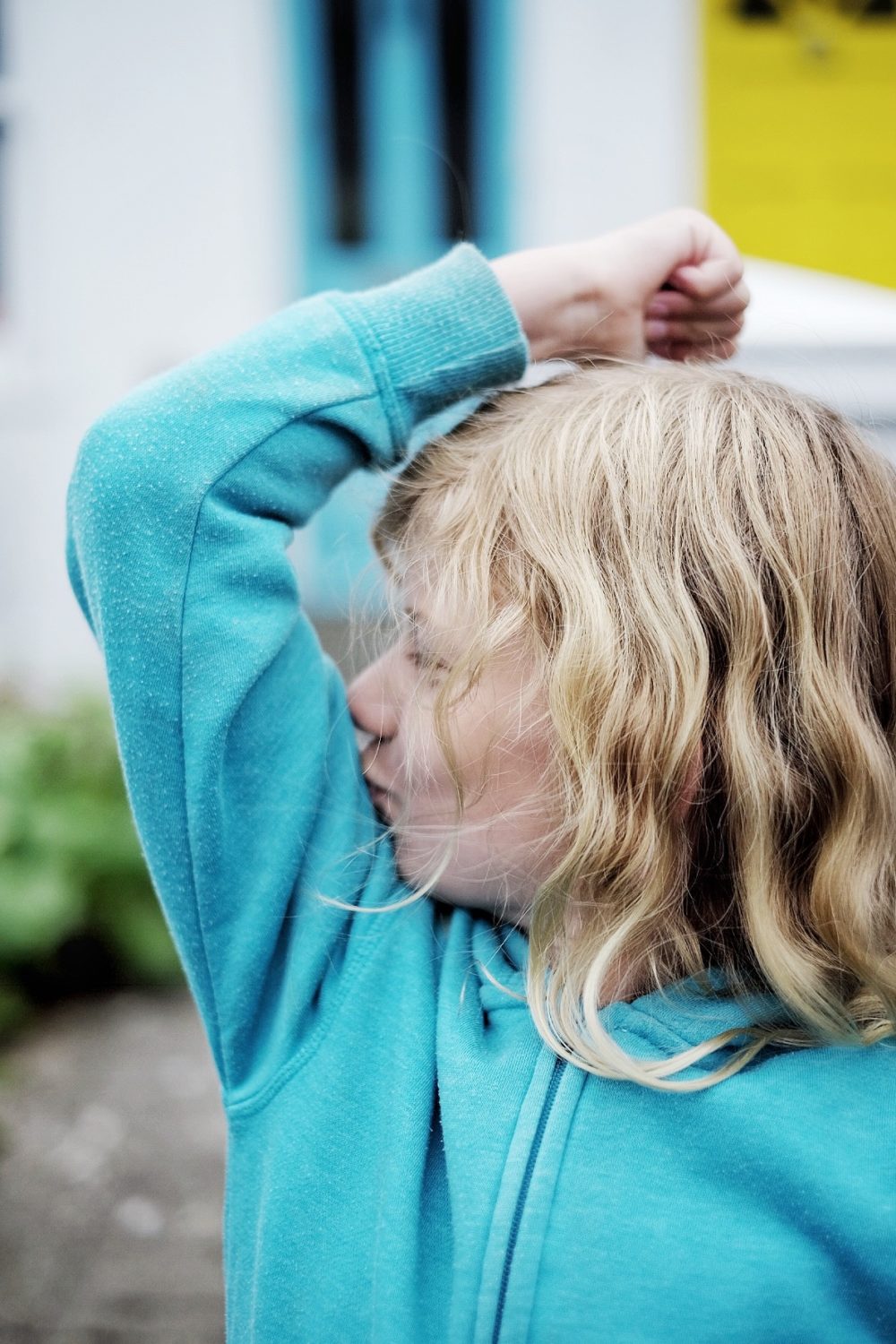 How is your mind treating your body?

Your relationship to your body goes deeper than your body image and what you think about how you look. It's been created from unconscious beliefs that we take a deeper look at in this article. 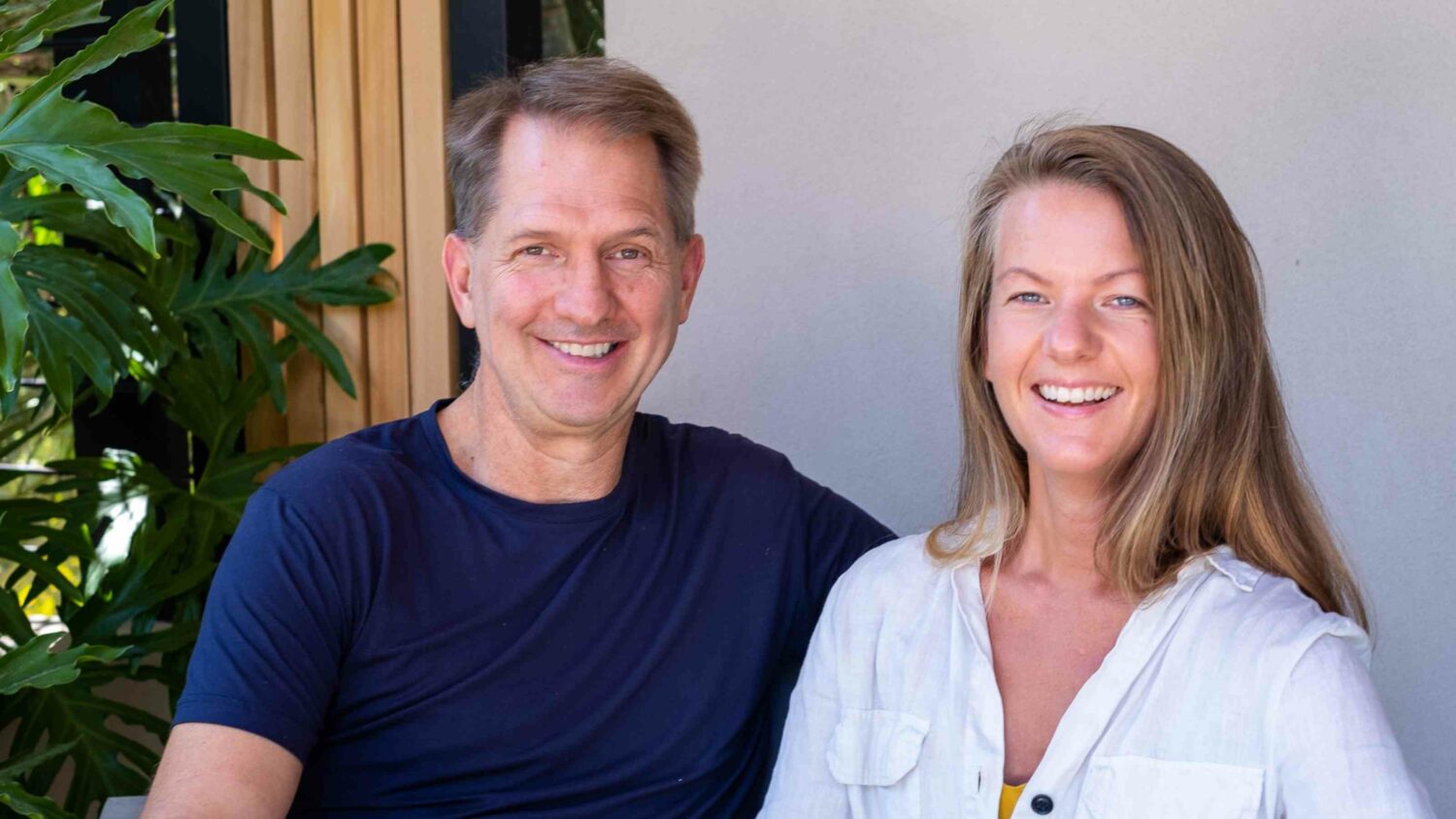 The Fear of feeling emotions